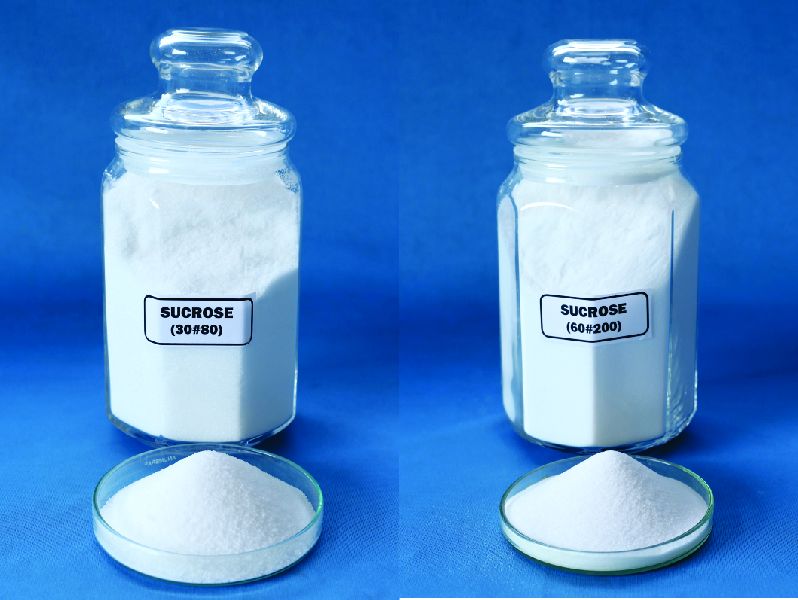 Table sugar or cane sugar is the generally available form of sucrose in the local market. Sucrose is a carbohydrate which is prepared with the perfect combination of fructose (fruit sugar) and glucose (simple plant sugar). Hence this simple form of carbohydrate can be formed by the method of photosynthesis. Fructose and glucose have no such big differences. Both plant sugar and thus show similar qualities except for their chemical formulas. Though both Glucose and Sucrose have formula C6H12O6 fructose has a little bit of separate configuration. The position of oxygen’s double bonds is different in their formulas.What is sucrose?Sucrose is known as the storage particle for the plants. It is able to offer quick energy to the consumer. Plant cells used to store it for using later. When the amount of storage becomes too high the plant cells use the method of combining the simple form of sucrose into larger molecules which often look like starches.

When animals eat those plants containing starches, the sucrose gets consumed in them. Now the compound forms get to break down into their stomach and turn into sucrose again. This helps the body to get powered up instantly.

As per the research results provided by Boston University, which is popular with the name of ‘white sugar’ is sucrose itself. They say, not only the white sugar but the other forms of sugars like brown and powdered sugar are also variations of sucrose. According to their research, honey includes sucrose.


Thus sucrose can be present in any forms in multiple foods which humans consume in limited quantities often to control weight gain and reducing the chances of having type2 diabetes.

Sucrose suppliers in Maharashtra provide sucrose in multiple useful forms to the consumers. The major benefits offered by the consumption of sucrose are -1. SweetenerSucrose is a popular sweetener for most of the health-watchers today. In fact, it has popular use in healthy sweets, soft drinks, and energy drinks. It is more commonly used as a tabletop sweetener which people use to consume in fruits, salads, tea, coffee, etc. You do not want to consume sucrose too as an alternative to sugar? Consider fruits then.

2. Energy sourceAs Medicine Plus says, sucrose is a caloric carbohydrate and thus is efficient to provide energy. They also say that 1 gram of sucrose contains 4Cal energy. So, health freaks, consuming it all through the day in every food items is not a good idea! Most of the baked goods, ice cream, sweet beverages, candies, etc. include added sugar. Limiting sucrose intake is important.

3. Adds volume Sucrose exporters from Maharashtra are doing great business by providing sucrose the food and beverage industry of the world. Sucrose is a common and necessary ingredient for baking goods. It not only sweetens the food but also used to add volume to it. Sucrose helps the batter to ferment easily and to make it rise.

Well, you would be glad to know that sucrose is a great preservative too.

This entry was posted on August, 29, 2019 at 12 : 35 pm and is filed under Sucrose. You can follow any responses to this entry through the RSS 2.0 feed. You can leave a response from your own site.